This township consists of various kinds of soil, the marsh, prairie, barrens, and the thick woodland soil. The eastern part is somewhat broken and hilly. The soil here is a sand and clay mixed, and is very productive for any of the cereals. In the southern part the surface is about the same as in the eastern. As the Kankakee river forms the western and northern boundaries of the tp., that part of it for about two miles of the margin is known as marsh land. It consists of a black loam or peat, which has been formed by the decaying of the rich and luxuriant vegetation of the marsh for ages in the past. The land, it is said, is becoming more dry and solid every year, and there is no doubt that in the future this almost worthless tract of land will become one of the richest in the county. At present it is worth nothing, but for the pasture, hay and huckleberries which it produces. South of this and in the central part of the township is Sumption's Prairie. This is a beautiful rolling prairie, several miles in extent, and around it is the land which is known as the barrens. The soil here appears to be a black sand, mixed with gravel. In this part of the township is located some of the best farms in the county, or, we might say without boasting, in the State. 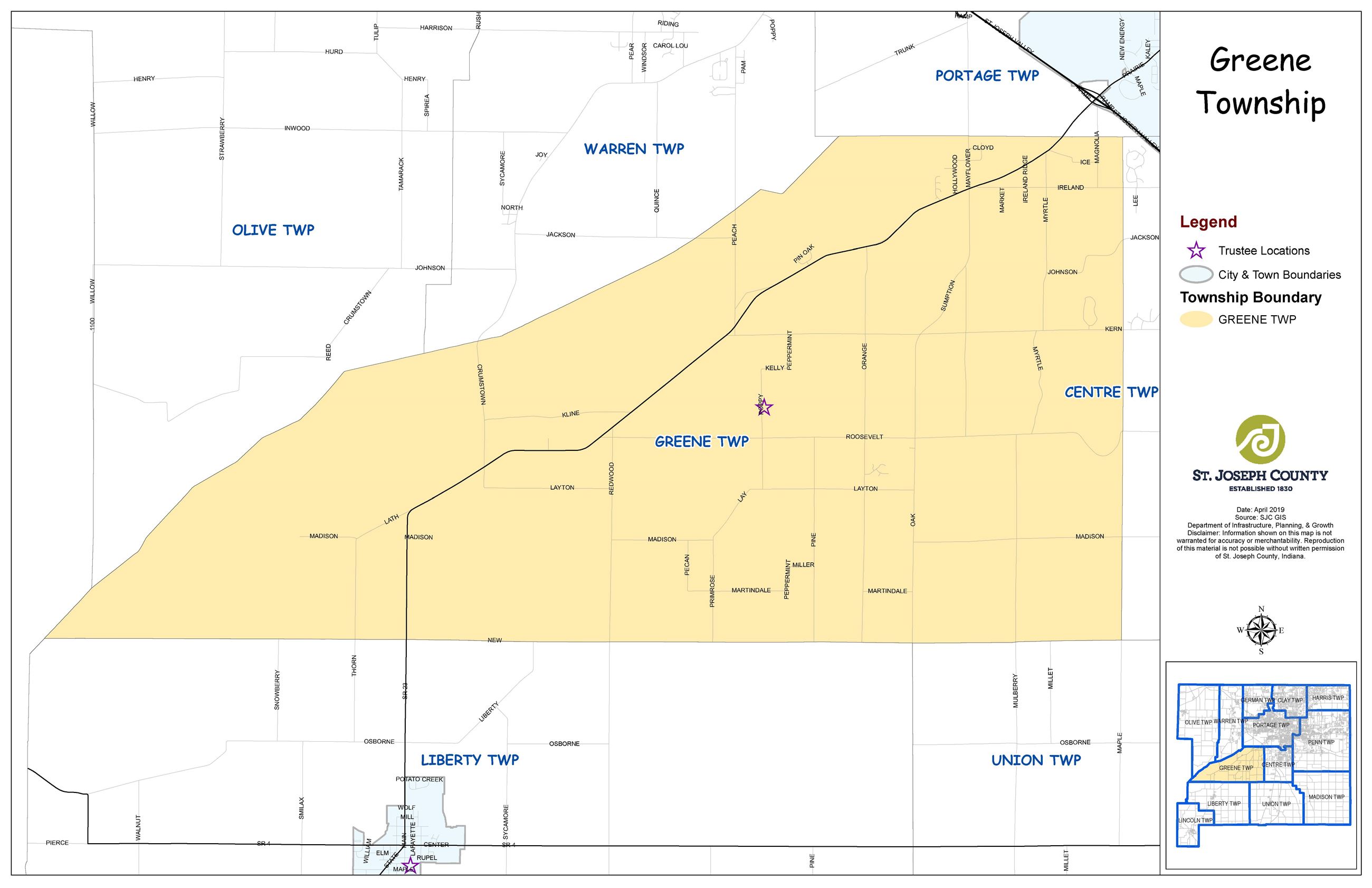 Early Settlement ~ The first settler in this township was George Sumption, after whom the prairie took its name. He lived here for many years. The family have all left now, but some are still living in the county. Mr. Sumption came here in April, 1830, and settled on section 32. The second to come into the township was John Rupel, who came from Pennsylvania to Elkhart county in 1830, and while living there he bought his present farm in sections 30 and 31 of this township, at the land office, then located in Fort Wayne, paying $1.25 per acre. In March, 1831, Mr. Rupel brought his family and all his property to this point. There was no house on the place, but he soon procured some clapboards and constructed what he called a little shanty. Rude as it may have been, it served as a shelter from the spring storms, and made a home for him and his family. His property consisted of two yoke of oxen, four cows, some young cattle, one horse, a few hogs, a few chickens, two dogs and about $2 in money. This, together with a large and strong body, plenty of muscle, a firm and resolute will to conquer and put aside all obstacles, which he had acquired in the mountain air of Pennsylvania, was the capital he had. A week or two after he came, it began to snow, and continued for a week. The snow lay a week and was about sixteen inches deep. The only food he had for his stock at this time was the timber that he cut for them to browse upon. At night the numerous wolves would venture up to the door. His two dogs would chase them off a little way, when they in turn would turn and chase the dogs. Thus many a night would be spent and nothing to be heard but the howlings of the wolves and the barking of the dogs.