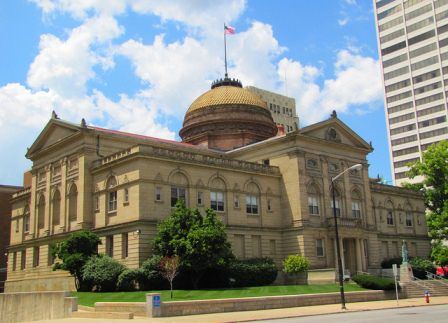 Foreclosures and Evictions in the St. Joseph Circuit Court

The United States Department of Housing and Urban Development (HUD) issued a Moratorium on foreclosures and evictions regarding properties secured by FHA-Insured Single-Family Mortgages which was recently extended to December 31, 2020. The full text of the HUD Directive can be found at: https://www.hud.gov/sites/dfiles/OCHCO/documents/2020-27hsgml.pdf

In addition, the United States Department of Health and Human Services through its Centers for Disease Control and Prevention (CDC) issued an Order to temporarily halt certain residential evictions to prevent the spread of COVID-19.  The CDC Order is effective September 4, 2020 to December 31, 2020, and the full text is available at https://www.govinfo.gov/content/pkg/FR-2020-09-04/pdf/2020-19654.pdf.

It is proper and necessary that all parties to an eviction action be made fully aware of their rights, options, and obligations. Accordingly, at the time of filing an eviction action, Landlords shall include copies of the HUD Directive and CDC Order along with the Summons and Notice of Eviction/Claim.

For actions pending in the St. Joseph Circuit Court, Landlords are required to provide proof of service of the HUD Directive and CDC Order at the time of the immediate possession hearing.

The Court encourages Landlords and Tenants to familiarize themselves with the HUD Directive and CDC Order and make every reasonable effort to reach a negotiated agreement which may be reduced to writing by the parties. The Eviction Deferral and Repayment Agreement form provided at https://www.in.gov/judiciary/5758.htm is preferred.

The Indiana General Assembly organized the County of St. Joseph on January 29, 1830. The St. Joseph Circuit has been in continuous operation since 1830. Circuit courts are mandated by the 1851 Indiana Constitution.

The Circuit Court is a court of general jurisdiction consisting of one Judge elected to a six-year term and three magistrate judges appointed by the Judge.The Court has the authority to hear civil and criminal cases.

The types of cases heard by Circuit Court are established by local rule based upon the annual weighted caseload requirements established by the Indiana Supreme Court. As a result, the types of cases assigned to Circuit Court are almost exclusively civil disputes, ranging from contract, personal injury, collection, divorce, child support, protective orders, injunctions, estates, and administrative appeals. By local rule, the criminal jurisdiction of the Circuit Court is limited to criminal nonsupport and welfare fraud. The Circuit Court also conducts all Grand Jury proceedings and as of 2013, oversees civil protective order court.

The Circuit Court Judge has oversight responsibility for the Public Defenders' Office, Community Corrections, the Domestic Relations Counseling Bureau, and the Adult Probation Department, which contains the Court Substance Abuse Program. As a result, the Circuit Court Judge has administrative supervision over a combined staff of approximately 120 personnel with budgets totaling more than $5 million. The Judge of the Circuit Court also has statutory powers regarding civil unrest, re-appraisement and regulation of estates, and appeals from city and town courts.

The current Court consists of an elected judge and two appointed magistrate judges: